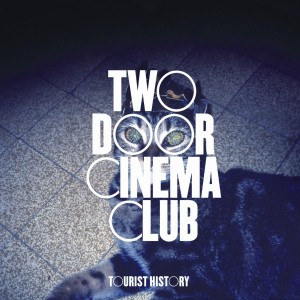 As the first album from the Irish indie group Two Door Cinema Club, ‘Tourist History’ made a splash during the year of its release as one of the best indie albums of the 2010s.

‘Tourist History’ won the Choice Music Prize for the 2010 Irish Album Of The Year. The band said it was the first award they had ever won and donated the €10,000 prize money to charity.

“Unafraid of earwormy choruses and excitable melodies, it’s with ‘Tourist History’ that they managed to embody that rush of pulling a friend up onto your shoulders in the middle of a festival crowd, or the carefree joy of teenage roadtrips and late summer evenings.” - DIY

‘Tourist History’ is now available once again on vinyl.

Cigarettes In The Theatre
Come Back Home
Do You Want It All?
This Is The Life
Something Good Can Work
I Can Talk
Undercover Martyn
What You Know
Eat That Up, It’s Good For You
You’re Not Stubborn