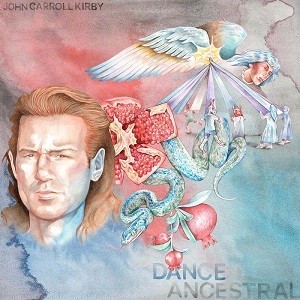 Dance Ancestral is the latest addition to the prolific artist John Carroll Kirby’s fast-growing and distinctive body of work. Kirby debuted on Stones Throw in 2020 with My Garden, an album influenced by jazz, New Age and early music which he synthesised into his unique and instantly recognisable sound signature. Since then, he’s released the instrumental piano album Conflict, the Cryptozoo original feature film soundtrack, and the jazz fusion suite Septet. For Dance Ancestral, Kirby invited Canadian producer Yu Su to join him on production duties for a record with a more electronic sound.