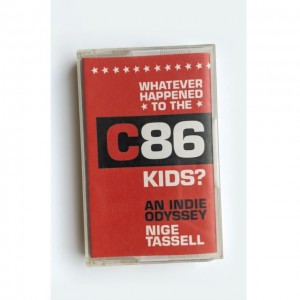 In 1986, the NME released a cassette that would shape music for years to come. A collection of twenty-two independently signed guitar-based bands, C86 was the sound and ethos that defined a generation. It was also arguably the point at which 'indie' was born.

But what happened next to all those musical dreamers? Some of the bands, like Primal Scream, went on to achieve global stardom; others, such as Half Man Half Biscuit and the Wedding Present, cultivated lifelong fanbases that still sustain their careers thirty-five years later. Then there were the rest, who ultimately imploded in a riot of paisley shirts, bad drugs and general indifference from the record-buying public. Now, for the first time, music journalist Nige Tassell tracks down the class of C86 and recounts their stories, both tragic and uplifting.

Yet, while the pursuit of long-lost musicians can often manifest as earnest hagiography, Tassell's unique, light-hearted approach makes this a very human story of ambition, hope, varying degrees of talent and what happens after you give up on pop - or, more precisely, after pop gives up on you. It's a world populated by bike-shop owners, architecture professors, dance-music producers, record-store proprietors, birdwatchers, solicitors, caricaturists and even a possible Olympic sailor - and let's not forget the musician-turned-actor gainfully employed as Jeremy Irons' body double... More than simply the tale of the tape, Whatever Happened to the C86 Kids? is an exploration of C86's wide-reaching and often surprising legacy.