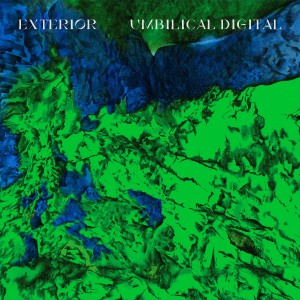 Exterior released the unique "Plagued Streets Of Pity" EP via Hobbes Music back in January '19, picking up plaudits from Laurent Garnier, Avalon Emerson, JD Twitch, Mixmag and a few others. His music is some of the gnarliest and most confrontational the label has released and also some of the most exciting. Experimental without losing sight of dancefloor dynamics, he manages to traverse genre boundaries while sounding coherent and like no one else out there. He's also one of the most exciting live performers we've seen - and the crowd always laps up his set, which gets better every time.

Exterior is the artist moniker of Edinburgh producer Doug MacDonald. The artistic mission is to bring together the formally disparate worlds of electronic club sonics with elements of live instrumentation. Exterior’s pathway coalesced from years spent performing in bands and nights spent on dancefloors. Guitar feedback and live drum eruptions provide a textural abrasion and a haunted, humane groove currently absent in much UK dance. Admittedly, the latter’s unshakable syncopation and melodic pressure inform the method of the former. The two approaches are synthesized most noticeably in live performance. The combination is now made manifest in Exerior’s debut album "Umbilical Digital".

The record is a playful, irreverent, propulsive long-player, underpinned by the emergent global latticework of connectedness. "Umbilical Digital" is an admission of the level of dependencies in contemporary music styles. This comes most noticeably in Fugazi-on-dancehall moment "Orthodox Dreams", footwork and math-rock mashing oddity "Tyranny of Choice", or ritalin-addled robo-disco workout "Populist". That the record is only eight tracks long and combines as many elements as it does, reflects Exterior’s artistic ambition in the process. The bedrock allowing this confidence has been road-testing the material live in Edinburgh venues, most overtly at local electronic institution The Bongo Club.

A limited edition of 150, the 12” is available on clear vinyl in a full colour sleeve plus riso print of sleeve art.

A1. Umbilical Digital
A2. Menu Diving Olympics
A3. Orthodox Dreams
A4. Populist
B1. The Unbearable Shiteness Of Indie
B2. Adoption
B3. Tyranny Of Choice
B4. Load Bearing