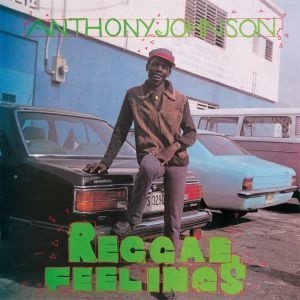 ‘Reggae Feelings’ is a reminder of the continuing relevance of the dancehall style; rough, raw and rugged they represent the real authentic sound of young Jamaica from over thirty years ago when the youths “forgot their troubles and danced”.

The producer for the album, deejay turned record producer, Jah Thomas also recorded two songs which were critical to the development of the dancehall style: Triston Palma’s ‘Entertainment’ in 1981, a cut of ‘Heavenless’, and ‘Gunshot’ by Anthony Johnson.Born in Kingston, Jamaica 25th December 1957 Roy Anthony Johnson grew up in the notorious Trench Town ghetto where, inspired by local vocalists, Dennis Brown, Alton Ellis & John Holt, he made his debut recording ‘Free Black Man’ for Bunny ‘Striker’ Lee which remained unreleased. He went on to record with Jo Jo Hookim at Channel One before becoming a member of the Mystic I vocal trio alongside Les Clarke and Balvin Fials, who released the ‘Mysterious’ album, produced by Linval Thompson, on Burning Sounds.