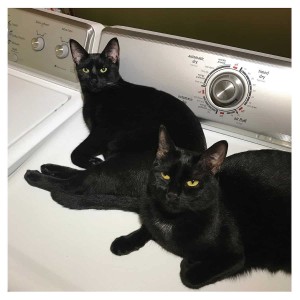 John McEntire is known for his work as a musician playing with Tortoise, Jim O’Rourke, Stereolab, and others. Owner and operator of Soma Electronic Music Studios, he is also known for his pioneering work as aproducer and engineer, working with Stereolab, Archer Prewitt, Yo La Tengo, Bright Eyes, The Fiery Furnaces and Chicago Underground, among many others. Prekop has put out five solo albums to acclaim and is also a well-respected visual artist who has published, shown, and sold works worldwide.

Sam Prekop describes his work with John McEntire as “a set of long evolving electronic pieces that traverse several movements or transformations, creating pieces that feel like ‘electronic suites’ while maintaining acontinuity/thread. So in my mind,” he continues“ each section is inspired by what just happened previously and so on, the foundation of the pieces are improvised and the work is a matter of focusing on the most interesting aspects creating the piece.”

For ‘Sons Of’, “we recorded our show at Chicago’s Constellation intending to release it as is ‘live’, but faced with some technical issues, and feeling like the pieces weren’t quite ‘finished’ led us to wanting to augment it with further recordings, which posed its own challenges and, well, opportunities, to reevaluate our original intentions. So even though we did a lot of work to the ‘live’ recordings, the foundation is that live performance and I think it’s essential to our process and will likely continue that way.”