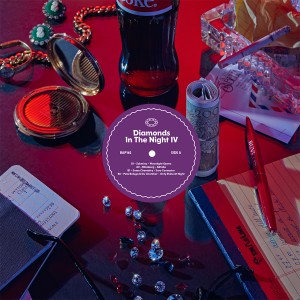 Another assorted selection of modern 'Talo tweakers - I've omitted the 'I' as none of these chuggernauts are from Italy! Faithfully recreating that original electro-disco flavour in much the same way as our treasured Red Laser Records here in the Manchester, Bordello A Parigi are one of the leading lights of the European scene.

Elfenberg plug into vintage C64 arps on the psychedelic-leaning "Alitalia", tailor made for losing yourself in the smoke post-4AM climax. If you've ever been to Red Laser at The White Hotel here in Manchester I'm sure you've stumbled over on the uneven ground around the middle-back of the dancefloor to tracks like this!

Matt says: Bordello A Parigi give our own boys Red Laser Records a run for their turbo thrusters as they turn out a more than adequate collection of Euro-centric 'Talo that adequately competes with our Manctalo offerings. Check!