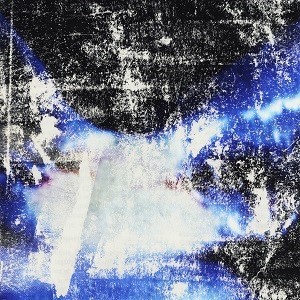 Stereogum placing it “somewhere at the intersection of ‘90s lo-fi and shoegaze,” and Gorilla vs. Bear noting Cudlip’s “serious knack for the kind of wistful, soaring choruses that immediately make you feel like you’ve known these songs forever.” With live shows paused in 2020, he immersed fully into writing and arranging an overflow of ideas. Cudlip also embraced sobriety, redirecting his once-destructive addictive tendencies into studio craft — all his thoughts consumed by melody and texture, all his resources lobbed into gear, every buzz, hiss, and hum of this record became his entire world. The resulting set sprawls across a double LP release; it’s a considered beast of a debut and he’s proud of it, living with it, finally. Through its thirteen songs, Happening is timeless, grappling with something bigger than just melody, the cathartic and the tender, indebted to indie rock greats while informed by modern and prudent self-reflection.

“I feel like I’ve evolved into a much more self-reliant writer compared to the EP and 7-inch releases but I couldn’t have made this record without the band,” he says. “The songs came to life in the rehearsal space with them, it was like a light switch went on.” To record the album, Cudlip and collaborators — including Chase Meier (bass), Bryan DeLeon (drums), Nathan Hawelu (lead guitar) — joined co-producer, engineer, and mixer Sonny DiPerri (My Bloody Valentine, Nine Inch Nails, DIIV) at New Monkey Studio, the vintage analog/modern digital recording studio in Van Nuys, California once owned by Elliott Smith. Cudlip mapped out his dream setup; alternate-tuning a fleet of Fenders to facilitate his left-handed playing, experimenting with different amps (a late ‘70s Marshall JMP carried much of the sound), and getting the vocals just right on Smith’s old Neumann U48 microphone and Fairchild compressor. With each nuanced adjustment and improved take, they’d joke, “it’s happening.” The sort of phrase you say to keep the vibe light — but there was some gravity behind it — as the group was forced to wait to be safely in the same space again. It was apparent to them that something magnetic was shaping this record.

Where debuts often feel full of rough-hewn potential, Launder has crafted a deeply honed collection that is happening right now. A process-oriented album, the work of a person maturing with their art, the sound of a songwriter pushing through their limits with thrilling and anthemic outcomes.