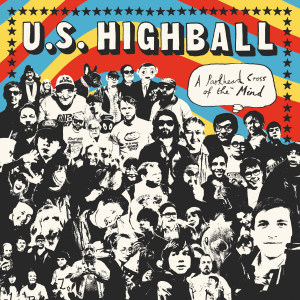 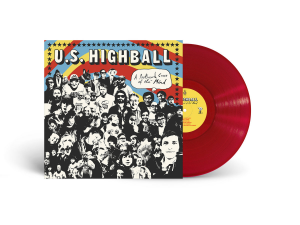 Some bands reveal themselves immediately, coming right out and winning the listener over the moment they hit play. And then there are bands that open up with time, rewarding repeat listens with new lyrical and musical thrills on every return. Glaswegian jangle pop extraordinaires U.S. Highball have the rare distinction of being both. The duo specialize in the kind of instantly charming songwriting that makes a great first impression, and an even better second, third, and beyond. Their songs are equal parts wit and heart, full of pop culture nods, inside jokes, and hooks upon hooks. Now U.S. Highball’s third full-length, A Parkhead Cross of The Mind, leans even further into their unique dichotomy, offering another goldmine of discovery set to their finest batch of pop gems to date.

Made up of James Hindle and Calvin Halliday, U.S. Highball is the result of a 17-year friendship. Upon meeting in 2005, the two quickly bonded over their overlapping musical interests, and when their previous group, The Pooches, began to fizzle, they soon found a new creative chemistry working as a duo.

“We have pretty much identical tastes in music, and culture in general, so we were both on the same page as to what we wanted the band to sound like,” Hindle explains. “It’s like having all the fun parts of being in a band, without any of the hassle!” The prolific songwriters released their debut LP as U.S. Highball, Great Record, in 2019, and quickly followed it with 2020’s Up To High Doh.

When crafting A Parkhead Cross of The Mind, U.S. Highball set out to make a louder, punchier version of their sound without sacrificing the idiosyncratic charm of their previous releases. They upgraded their gear and home recording setup and got to work, whittling down 40 potential songs to 12, which were then meticulously honed. “We definitely prefer to record at home,” says Hindle. “It gives us unlimited time to let the songs gestate for longer without the financial and time constraints of being in a studio.” This unhurried process is key, as much of U.S. Highball’s magic lies in the little things. The songs on A Parkhead Cross of The Mind are rooted in the chiming guitars of ‘80s indie pop and college rock, merging the scrappiness of Sarah Records with the catchy quirks of other inspirations like Fountains of Wayne and They Might Be Giants. And like those of their many beloved influences, U.S. Highball’s songs are packed full of undeniable melodies elevated by each precisely constructed sonic detail.

Side B
1. Grease The Wheel
2. Down In Timperley
3. Almost Cut My Hair
4. Bleatings From Yorkshire
5. Jump To The Left
6. Let’s Save Bobby Orlando’s House