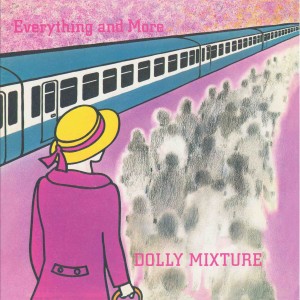 Dolly mixture were as instrumental in the founding of indie-pop as Orange Juice and The Pastels. The Cambridge three-piece, comprising bassist/vocalist Debsey Wykes, guitarist Rachel Bor and drummer Hester Smith released just four singles, an EP and an album in their six-year life span; but they revealed a remarkable gift for songwriting and a keen sense of adventure and set the template for every female indie band since.