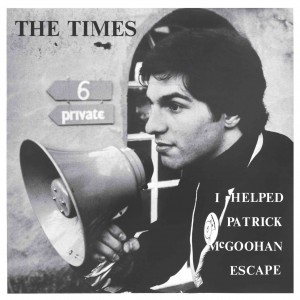 Edward Ball was a member of cult band The Television Personalities alongside his school friend Dan Treacy before leaving to concentrate on The Times.
‘I Helped Patrick McGoohan Escape’ (inspired by cult TV series The Prisoner) Is probably the best known track from them, originally released on the Artpop! label in 1982.

The second single from The Times reissued here with an extra track from the 12” (released a year later in 1983). We have also decided to use the same sleeve that was used for the original 12”.

A. I Helped Patrick McGoohan Escape
B. Theme From Dangerman Big Painting