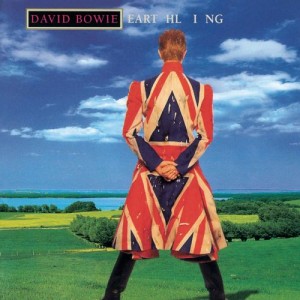 'Earthling' was the 20th studio album by David Bowie, released in February 1997. The album showcases an electronica-inﬂuenced sound partly inspired by the industrial and drum & bass culture of the 1990s like Prodigy and Underworld. This was the ﬁrst album Bowie self-produced since 1974. Recorded in just two and a half weeks right after returning from the 'Outside'  tour, the album is a snapshot of what Bowie was going through musically at the time. Making extensive use of sampling their own material on high BPMs, the album was the ﬁrst Bowie album to be recorded digitally.