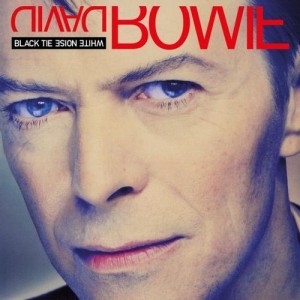 "Black Tie White Noise" can now be seen as the album that helped David Bowie rediscover the inspiration of his earlier career and redefine his future one. After the abortive mismatch that was the Tin Machine this 1993 album was a breath of sophisticated, white-soul funk. Chic's Nile Rodgers and Bowie's co conspirator /partner in crime Reeves Gabrels gave an urgency and focus to the recording sessions and Bowie rose to the occassion by producing some of his best music of the 90s.

The Wedding
You've Been Around
I Feel Free
Black Tie White Noise (featuring Al B. Sure!)
Jump They Say
Nite Flights
Pallas Athena
Miracle Goodnight
Don't Let Me Down & Down
Looking For Lester
I Know It's Gonna Happen Someday
The Wedding Song