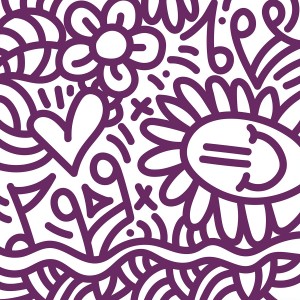 Scene Unseen will focus on exploring and showcasing scenes from around the world (some seen or some maybe unseen), as well as releasing music from artists who incorporate sounds from across the globe within a music style that's closer to home. This is where Jinjé steps in, delivering an EP of Afro-funk and techno hybrids. He draws upon his well versed electronic production techniques and combines them with rhythms inspired by African and Indian music, using instruments (played and recorded live by Jinjé) and field recordings from both regions.

Jinjé has released on labels such as Messrs. Kicks & Drums, EPM Music, Mesh and Ostgut Ton. He was also a founding member and mainstay in the Leeds band, Vessels (Different Recordings), until leaving a couple of years ago to concentrate on solo projects.

The track names tell all, as Jinjé gives a clear nod to the Africanism is his music. First track, “Ngoma” is a name used across Africa to describe certain drums and percussive instruments, which can be heard here, like Djembes from the Conga region, as well as live and acoustic components, blended with modular and other electronic sounds.

“Burkina Faso” takes us west and hits the ground running with a vocal sample of Tribal women from the area, singing praise and joy to engineers who have come to provide fresh water to the village: ‘Praise God for they have come to build us a well.’ The progression of the track is based around this joy and develops nicely alongside some intense bass and drums.

“Dusk” is inspired by thoughts of the Serengeti planes at night fall, all built around Jinjé's live M'bira plugged into a modular synth, grouped with live flute and field recordings from India which provide additional percussion.

“Ya Maji” is a collection of high energy rhythms from a Moroccan frame drum, congas, clapping, live bass, distorted marimba and the mighty Korg Ms20 playing the lead synth lines.

Last up is “Jara”, a nod to Steve Reich and his six marimbas, as well as drawing inspiration from Fela Kuti. Vocal samples bring in more of the field recordings Jinjé made in India, as well as the clapping elements. Acoustic and electronic sounds intertwine to great effect and sum up the EP as a whole.

Matt says: An amalgamation of styles, birthed in Yorkshire and with a trans-global outlook. This is the kinda shit the kids at Dekmantel go nuts for - upfront productions, exotic influences, unusual rhythms all coalesce to make an award winning formula!