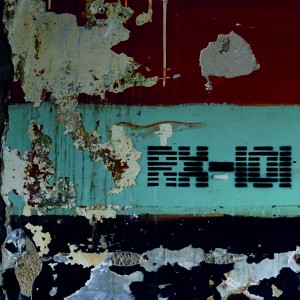 When we first discovered RX-101’s output via Suction circa 2015, we knew we’d stumbled upon something very special. Five EPs and four albums later, and now a firmly established as a crucial artist in the Aphex/Rephlex/IDM cannon, Suction Records are still mining this elusive Dutch producer’s 1997-1999 archive of unreleased live-to-cassette recordings, and aren’t even close to scraping the bottom of the barrel.

As the title suggests, “New Discoveries” is not just more of the same - this is a new side of the RX-101 sound. Rather than taking inspiration from braindance heroes like Aphex Twin and Bochum Welt, “New Discoveries” is a reflection of Erik Jong (aka RX-101)’s love for classic Detroit techno - Juan Atkins, Derrick May, Carl Craig, et al. Like some of the UK producers who mined this sound for inspiration, from B12 to Kirk DiGiorgio, the influence of Detroit techno is crystal clear, even if the sound has a distinctly EU/UK flair.

Available digitally, on limited vinyl LP in a reverse-board jacket, or on CD. The CD comes in a reverse-board digipack, adding 2020’s 6-track “Hearts Utd.” EP (including a remix by Brainwalztera) as an exclusive CD bonus. All physical formats include a Bandcamp download card inside.