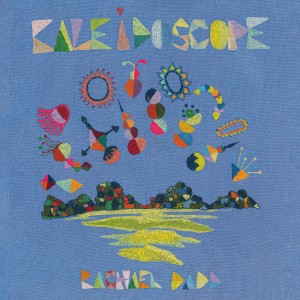 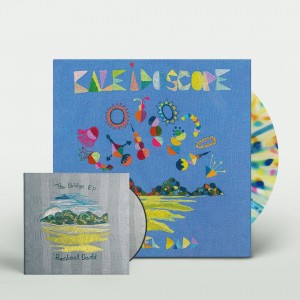 Wildly creative free-form songwriter Rachael Dadd releases her brand new studio album ‘Kaleidoscope’ via Memphis Industries and follows 2019’s 'Flux', which was released to much acclaim and which she was touring when the pandemic struck.

Like so many people disconnected from their communities and struggling through the lockdowns, Rachael Dadd turned inwards, seeking escape through music and connection through song writing, and her hope is that when people listen to ‘Kaleidoscope' “they will feel held and find space to breathe, grieve and celebrate.”

“This album is a lot more honest and personal than ‘Flux'” she shares, “but I feel the songs are universal as they are largely rooted in truth and love. If I had to pick a favourite album it would be this one because of the magical rekindling of human connection when me and my band got back in a room together again. All that magic went into these songs."

Japanese aesthetics absorbed from her time spent living there are subconsciously woven into Rachael’s songs. "I first stepped foot in Tokyo in 2008, sparked by the adventure of such a rich and different culture and later on I lived on a small island and experienced an appealing and balanced way of life: the aesthetics, the art and the traditions,” she recalls. “There was a lot of caring for each other, a lot of gentleness, and a lot of simple living in harmony with nature. Japan left its cultural mark on me and is now part of my inner world and I’m sure this comes out with the words and music I write”.

“But overall” Rachael explains “this is an album of homecoming and reconnecting to my own truth, to my community here, to the earthy land that I love and to the sky that I know.”