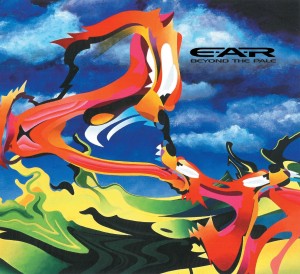 Although not released until 1996, Beyond The Pale was originally recorded in Northampton, back in 1992 at Angus Wallace’s Far Heath Studios. It was the first album from Experimental Audio Research (aka E.A.R) an experimental music collective formed around Sonic Boom (Pete Kember), founding member of Spacemen 3 (along with Jason Pierce), who, on this project works closely with Eddie Prevost (AMM), Kevin Shields (My Bloody Valentine) and Kevin Martin (God).