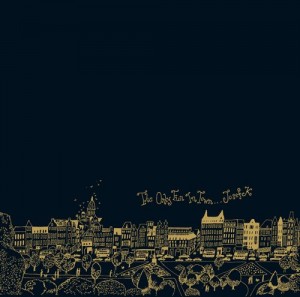 “Rarely has there been a better album opener than Fun n’ Frenzy, a shimmering yet abrasive mix of Subway Sect dustbin lid guitar, No Wave twitchiness, a hint of psychedelia and a crooning vocalist intoning poetic, abstract lyrics that conveyed existential menace. Continuing with Revelation, Crazy to Exist and single tracks like Sorry for Laughing, The Only Fun In Town was an extraordinary achievement – eclipsed by the group's split. It remains an early 80s high point. Those who haven’t heard it should; those who have might be tempted by this latest upgrade, which features remastered sound and different extras”. Josef K ‘The Only Fun In Town’ (Jon Savage – Mojo 2014)

Speedily recorded in a small studio in Brussels, The Only Fun In Town was a defiantly abrasive, serrated long-player in the mould of the second Velvets album, Josef K having already shelved a more conventional recording. Sharp-edged pop singles abound – It’s Kinda Funny, Sorry for Laughing, Revelation – along with rattling Haig/Ross twin guitar classics such as Fun ‘n’ Frenzy, Heart of Song, Forever Drone and The Angle.
The Only Fun In Town topped the independent charts on release and remains a canonical post-punk album. This remaster arrives housed in a handsome gatefold sleeve, and by way of bonus tracks also features several Postcard single A and B sides including Radio Drill Time and Chance Meeting. Side 4 features all four tracks from JoKay’s celebrated John Peel Session in June 1981, including Heaven Sent and The Missionary.