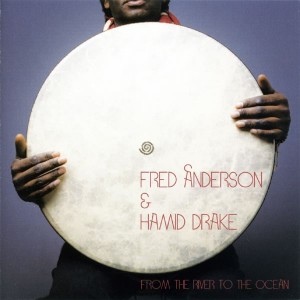 Available on vinyl for the first time since its original CD-only release in 2007.

The closest of relationships gives its members space to expand, change, develop and play. Tenor saxophonist Fred Anderson and drummer Hamid Drake have just that kind of partnership, one that has seen them periodically move apart and work extensively on other fronts - Anderson tending to the recent relocation of his major jazz venue the Velvet Lounge; Drake in a dizzying array of globetrotting ensembles - but always returning to the fold, digging in together and checking out what’s been learned in the interim.

Over the course of some three decades, the master saxophonist and the prodigy percussionist have continued to reconfirm their commitment to their joint project.

Nathan SalsburgHard For To Win And Can't Be Won