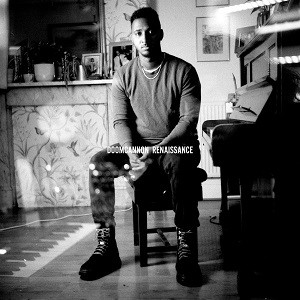 DoomCannon presents a meticulously crafted debut album ‘Renaissance’ available on a 12” LP vinyl, CD and digital formats on 15th July 2022. Journeying through an awakening and reimagining of the young Black British experience. Sequentially moving through a rich breadth of soundscapes, ‘Renaissance’ signifies the birth of a new era in DoomCannon’s trajectory. Inspired by an accumulation of experiences over the past four years and defined by significant events like the global pandemic to the worldwide outcry of the Black Lives Matter movement in the summer of 2020.

DoomCannon spearheaded a plethora of forward-thinking, improvised Jazz-inspired outfits (Project Karnak, Triforce) and is the Musical Director of award-winning vocalist, Celeste, performing live at the Brit Awards and Later with Jools Holland. He presented his solo project at Abbey Road Studios & was selected via Jazz Re:freshed as part of the SXSW/British Council collaboration. Invited to curate sessions at the legendary Ronnie Scotts, DoomCannon is set to hit numerous stages, including his debut headline show at Peckham Audio, the Worldwide Awards, World Island Festival & We Out Here this Spring/Summer.