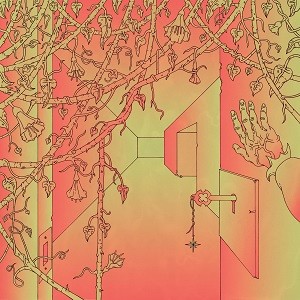 Time after time, we all talk about … well, time — often in aphorisms and cliches. X is “a waste of time,” while Y is “time well spent.” We are all apt to lose track of time but, perhaps in equal measure, we have plenty of time on our hands. We think we have all the time in the world -- until we remember that time flies, after which our time runs out and we’re dead (for a long time).

Since 2020, internal clocks have had to be readjusted with the pace of life ebbing and flowing. For Los Angeles psych-rock sextet Hooveriii (pronounced "Hoover Three") that adjustment seeped its way into their songwriting and ultimately their forthcoming album, A Round of Applause.

The record cherrypicks from an array of genres — pop, girl-group ditties, synth-ish keyboards and funk —but the end result is a cohesive long-player with songs that revolve around the Spanish Inquisition (“Stone Man”); or follow “the legendary Peruvians who run long distances in the Andes Mountains (“The Runner”). “I let my imagination run wild,” Hoover said. Elsewhere on A Round of Applause, the Hooveriii frontman finally recorded a song, “The Pearl,” that he wrote in 2017. “It sounds like a Harry Nilsson jingle like to me, a fantasy song,” he continued. “It's more like a nursery rhyme than a song with an important message. You know, it's just like keeping things fun. … Nilsson didn’t take everything so fucking seriously. We want to avoid that self-seriousness. We're a bunch of goofy musicians.”