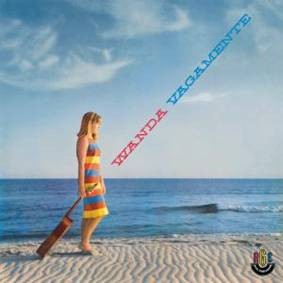 This is the first solo album recorded by Wanda Sá who shortly after would join Sergio Mendes' Brasil 65 (with Rosinha de Valença and Jorge Ben). After touring the States (and recording), she returned to Brazil and did many shows with Baden Powell, Vinicius de Moraes, Luis Carlos Vinhas and Bossa 3.