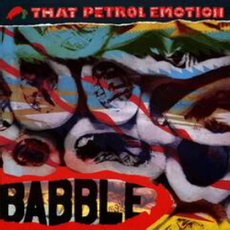 Following the split of John O'Neil band's former band the Undertones, the guitarist and principal songwriter returned to his hometown of Derry and teamed up with friend and fellow guitarist Raymond Gorman (ex- Bam Bam And The Calling) the two formed first a new songwriting project and then a new band, playing a couple of gigs with a drum machine and Gorman's then-girlfriend as a singer. Another friend, drummer Ciaran McLaughlin (formerly with The Corner Boys), but who had also played a few Undertones gigs covering for an absent Billy Doherty) was the next member to join. In autumn 1984, the nascent That Petrol Emotion relocated to London, where the existing three members were joined by John's brother and former Undertones lead guitarist Damiel O'Neil who turned down an invitation to join Dexy's Midnight Runners in order to work with TPE). Seattle- born American singer Steve Mack (at the time, on a year out from his studies and working in a pizzeria ) completed the lineup. In 2020, comedian Paul Whitehouse revealed that he had unsuccessfully auditioned for the band during this period.

This, The band's second album and major label debut (released in 1987) broke into the UK Album Chart and won universal acclaim, being voted as one of the albums of the year by Rolling Strone Magazine critics, and receiving an A- 'grade' from Robert Christgau. In the UK, the single "Big Decision" charted at number 42. This would be the band's highest chart position for a single release.