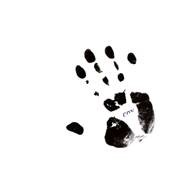 Composer and conceptual artist Conrad Schnitzler (1937-2011) was one of the most influential figures of the electronic avant-garde in Germany. In 1967/68, the Joseph Beuys student founded the Zodiak Free Arts Lab, which became a playground for Berlin subculture. In addition to many other musical stations, bustling Schnitzler was a member of the Kraut-Electronic formations Tangerine Dream and Kluster. Numerous solo releases complete his extensive oeuvre. One of them is »CON 84«, probably his most composed work, on which he challenges the traditions of so-called Ernste Musik. The result is a complex electronic sound structure that marks a break with Schnitzler's previous work in a subversive flirtation with traditionalism.

»Schnitzler is an inquisitive chameleon«, as a friend of mine once said, whilst attempting to assemble Schnitzler’s musical output into some form of retrospective system. An enticing zoomorphism at first glance, yet not quite so convincing on closer inspection. Firstly, a chameleon uses its ability to change colour as camouflage. Schnitzler never needed, nor had any desire, to camouflage himself. Secondly, curious as he was (particularly with regard to how his own work developed and the results it would bring), he never, to my knowledge, demonstrated the urge to study his artistic activities through the inquiring prism of science or methodology. Perhaps what my friend was driving at was Schnitzler’s mastery of different forms, moving dexterously between them and integrating them into his own inimitable language. CON 84 is a perfect example thereof.

CON 84 is evidently the product of a computer-supported sound generator – a sampler. The original LP came complete with sheet music inserts, so a music printer must also have been part of the package. It is hard to say which instruments Schnitzler had at his disposal in the early 1980s. And more to the point, where did he record these pieces? Was he still at Peter Baumann’s Paragon Studio? Leaving such questions aside, what really matters here is the opportunity to gain an insight into Schnitzler’s complex musical imagination and powers. It appears as if he wanted to show the listener that he can still compose in the classical sense, creating a series of miniatures which are not so far away from the infinite glittering patterns of the existing Schnitzler cosmos. CON 84 lines up polyphonic compositions from start to finish. John Cage, Fluxus, randomness – nowhere to be seen. Schnitzler the traditionalist? A highbrow composer? On the contrary. Just as he so marvellously subverted common conceptions of art, Schnitzler crafted CON 84 to sound like Ernste Musik - serious (classical) music. He was a master of camouflage (with a wink of the eye) and repeated the trick nine years later on the French release CD CON BRIO. Following Schnitzler has always meant being ready to expect the unexpected. When he could, and had the financial means to do so, Schnitzler liked to use the latest technology. CON 84 was technologically advanced for its time, yet the music was paradoxically conventional. I imagine that Schnitzler took great delight in such contradiction. With shiny new digital technology at his fingertips, he chose to compose music in traditional form. Did »conventional listeners« enjoy the results on CON 84 as much their author? I doubt whether his parodies and twists on traditional composition resonated with them. Alas, there is no record of any Schnitzler reflections on this singular music, I would dearly have liked to have heard his thoughts. When the album appeared in 1984, it enriched an already diverse experimental music scene. The willingness to engage with the genre was growing - regardless of how many listeners there actually were. I clearly remember finding CON 84 in a record shop which specialized in new wave and industrial sounds. How did that happen? Simple: boundaries were now blurred.