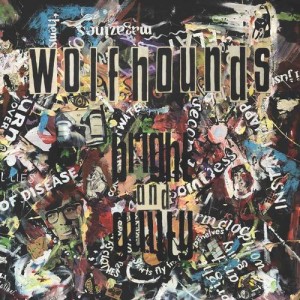 In 1989, while the musical world was fêting serial-killer worshipping noise bands, white boys with dreadlocks and the first glimmers of techno, one band – The Wolfhounds – was describing the times and the country exactly as they were. Or at least as they saw it.

Well, not exactly. The privations of finding enough money to live on, a semi-permanent roof over your head and perhaps the hope of real change were all there in the lyrics along with the multitudinous shards of ideas in the music, both raging and reflective – but there was also a sense of magical realism and authentic personal circumstance imbued in it all.

Formed as a frantic noisy fusion of sixties garage and independent post-punk in Romford in 1984, by 1986 it was the band’s misfortunate to be corralled with the jangly and quirky bands of the era-defining C86 tape, given away free with the NME that year. The frustration of being lumped with the lumpen was already spilling over into a heightened creativity that would see the band release three LPs in 18 months, the first and perhaps most fully realised of which was Bright & Guilty.
The band’s sense of melody saw three singles taken off it, and all received plentiful radio play that resulted in enthusiastic audience responses when the band toured with My Bloody Valentine and the House of Love shortly after the LP came out. This renewed attention also saw them being threatened with legal action by the food company satirically targeted by one of the singles – Happy Shopper.

The band’s magpie listening habits also saw the first glimmers of an interest in sampling with the track Cottonmouth, hip hop in the drum rhythms of Invisible People and Son of Nothing, discordant post- hardcore in Non-specific Song and even percussive hints of Tom Waits’ Rain Dogs in Charterhouse.
The album’s lyrical themes have sustained the relevance of these 30-something year-old songs. The dictatorship of the class system over the economy is touched on in Charterhouse, the unfairness of housing policy in Rent Act and Red Tape Red Light, the desperation of not having enough money to even seek employment in Useless Second Cousin. But there is contemplation and mystery, too: Rope Swing’s nostalgia for pre-teen childhood, Invisible People’s detailing of intangible weaknesses.

Of all their peers, The Wolfhounds post-C86 output stands up straight and proud, and you’ll find echoes of their sound in Fontaines DC, Idles and many others – but not performed with the brashness, vigour and uniqueness of the originals.