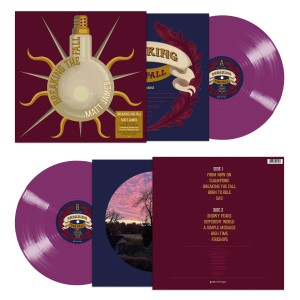 Matt left the music industry in 2008 but returned in 2021 as a solo artist. 2022 sees the release of his debut solo album ‘Breaking The Fall’.

The album was recorded with acclaimed producer Stephen Street (known for his work with The Smiths, Blur, and The Cranberries) and features contributions from fellow Gene members Steve Mason and Kev Miles, as well as Mick Talbot (The Style Council) and Peredur Ap Gwynedd (Pendulum).

The album showcases Matt’s inimitable song-writing on highlights including ‘A Simple Message’, ‘Snowy Peaks’, and the singles ‘Born To Rule’ and ‘Champione’.