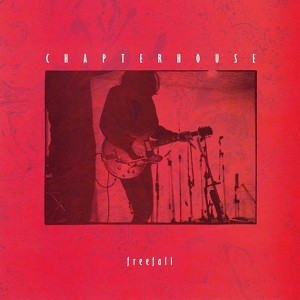 Formed in Reading in 1987, Chapterhouse took the unusual step of rehearsing and gigging for well over a year before recording even a demotape. Initially, the band got lumped in with the British acid rock scene of the time, a mistake hardly rectified by the band's early performances supporting the rather laidback Spacemen 3. Chapterhouse eventually escaped from one genre only to find themselves amongst the infamous shoegaze groups of 1991 such as Lush, Moose and Slowdive.

Freefall was their 1990 debut EP and includes the popular track “Falling Down”, which was also included in their debut full-length album Whirlpool. The other three tracks, “Need (Somebody)”, “Inside Of Me” and “Sixteen Years”, were never included on their albums on vinyl and only appeared on this EP.