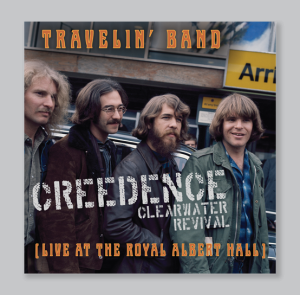 For years, rumors have circulated about a long-lost Creedence recording, captured in 1970 during the bandís appearance at Londonís Royal Albert Hall. Now, more than 50 years later, fans can now a piece of rock 'n' roll lore with this collectible 7-inch.†Mirroring the original double-sided 45 released in 1970, Side A features the Albert Hall performance of ìTraveliní Band,î marking the debut release of this rare recording, while Side B offers ìWhoíll Stop the Rain,î live at Oakland Coliseum, CA.†