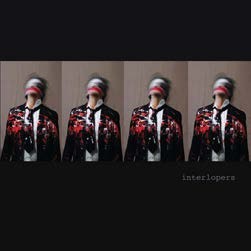 Interlopers is the new project from Steven Lindsay, singer and songwriter in influential Scottish trio The Big Dish, who were contemporaries of Talk Talk, Prefab Sprout and Scritti Politti.

The Big Dish released three albums between 1986- 1991 (‘Swimmer’, ‘Creeping Up On Jesus’ and‘Satellites’), and Lindsay subsequently released two critically acclaimed solo albums, ‘Exit Music’(2005) and ‘Kite’ (2007), before the demise of his label, Echo.

After being shortlisted for Scotland’s Aspect Art prize in 2011, Lindsay became a full-time artist and has found acclaim and success as a painter