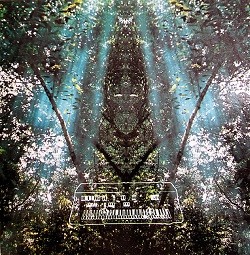 An amazing Krautrock / nature hybrid masterwork. Warm washes of synthesizer, tribal war drums and drones galore all mixed with the sounds of the rainforest, crickets, frogs, even flies - Osmose was originally released in 1978 and found minimalist composer Ariel Kalma using all manner of keyboards, saxophone, harmonium, delays, effects, even circular breathing, to compose gorgeously minimal, softly spacey slow drifting ambient soundscapes, which were then mixed with the sounds of the rainforest (recorded by Richard Tinti). It's a single LP reissue of the double album of 1978.