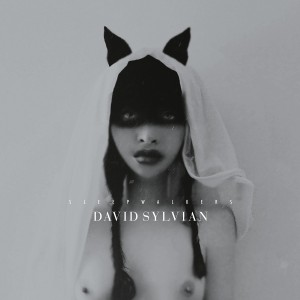 In the 00s, David Sylvian produced two of his strongest and most solitary statements, ‘Blemish’ and ‘Manafon’, but those records don’t tell the whole story. During that the same period, Sylvian created an alternate body of work: a series of collaborations and side projects with leading talents of pop and improv, electronic and contemporary classical music. The best of these recordings are gathered here on ‘Sleepwalkers’, meticulously sequenced and remixed. The fruits of one-off meetings and lifelong partnerships, they jump from bliss to intrigue, romance to sensuality, as arch experiments lead into the lushest pop.

The single ‘World Citizen - I Won’t Be Disappointed’, written with Ryuichi Sakamoto, is a sublime example, with an impeccable melody and lyric warmed by Sylvian’s gorgeous tenor. Sylvian has worked with Sakamoto for close to three decades.

“As many of you will already be aware, despite relativelyc ontinuous work on solo albums, I’ve maintained strong ties with a number of musicians throughout my life in one context or another. On this new collection, let’s call it ‘Sleepwalkers 2.0’, a selection of collaborative work produced over the period encompassing Blemish through to Manafon, I’ve included compositions by Nine Horses as well as more fleeting flirtations and one-offs. Neglected offspring. Represented also is long term friend and writing partner, Ryuichi Sakamoto, as well as more recent but potentially equally productive partnerships such as Christian Fennesz, ArveHenriksen and contemporary classical composer Dai Fujikura.