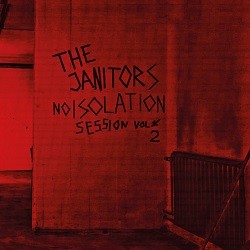 In March 2020 The Janitors from Stockholm had their new album written and studio time booked in the north of Sweden - ready to unleash their latest shamanic fuzz meltdowns and follow up to the Horn Ur Marken album from 2017. Then corona hit and everything changed. The band figured they would go down into their own studio to work on those tunes some more until things passed over but instead they ended up recording other songs that turned into Noisolation Sessions Vol. 1 released in 2020 including some of the best songs The Janitors ever produced.