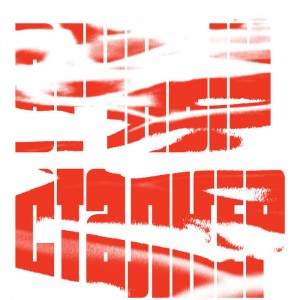 On their first official collaboration, Japanese noise pioneer Masami Akita aka Merzbow and Australian sound sculptor Lawrence English present a harrowing, surrealist portrait of nocturnal industrial activity, spawned by field recordings made in a sprawling factory complex seven hours north of English’s home in Brisbane. He characterizes the area as “uneasy and unsettling,” awash in the sickly glow of smelters and refinement machinery, somehow not of this world – a liminal quality vividly captured in Andrei Tarkovsky’s sprawling purgatorial opus, Stalker, to which the title alludes. Akita, too, described early drafts of Eternal Stalker as feeling “like the soundtrack to a dystopian science fiction opera.” A mood of mechanical dread and ruined futures permeates each of the album’s seven potent compositions.

Opener “The Long Dream” sets the stage with steady rain on sheet metal, punctured by thunder and metallic echoes, reverberating to the rafters in a collapsing warehouse. Quickly the tempest rises. “A Gate Of Light” and “Magnetic Traps” both convulse in churning furies of electric demolition and rattling chains, roaring and relentless. “The Visit” and “Black Thicket” operate more at a distance, surveying the topography of steam, rust, and liquid metal from above, their flickers of violence swallowed by blankets of darkness. This is noise at its most elemental and unknowable: brooding, bristling, and opaque, stalking forbidden peripheries of chaos and creation.

Discussing Akita’s music, English refers to its “intense substrata that is purely psychedelic; it consumes and confounds.” The seasick swells of friction and fracture subsume the listener, forcing an auditory surrender: “this saturation of the senses can be a euphoria.” Proof comes halfway through “The Golden Sphere,” when the howling mayhem subtly recedes, revealing an eerie siren drone hovering in the void, like the resonance of a dead star galaxies away. Slowly a seething, venomous wall of volume returns, shredding the signal until its frequencies fray, whipping away into the eye of the storm. The combined effect merges obliteration and liberation, rapture and ravagement; it’s the sound of dissolution as resolution, uprooted and unmoored, finally freed from form.

B1. The Golden Sphere
B2. Black Thicket
B3. A Thing, Just Silence