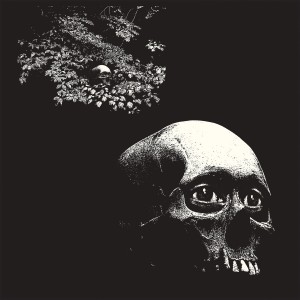 "Osees don’t seem to mutate or morph so much as remain extraordinarily open to what moves them to do next and capable of getting music done that’s consistently good. What motivated the band to turn loose this hyperconcentrated slightly less than 22 minute burst of meteor density somewhat punkazoidal music? When it comes to the Osees, that’s at best a mediocre inquiry as they just do the next thing, genre, prevailing tastes or whatever influence might guide a lesser unit are not even a consideration. A Foul Form is a cool pivot from their 2020 studio efforts Metamorphosed, Panther Rotate and Protean Threat. A Foul Form vigorously shakes the Oseesetch a sketch clear so whatever comes next (which will probably be sooner than later) will likely be something completely different yet again. As far as a potential inspirational indicator, you might notice the final track on A Foul Form is a cover of Rudimentary Peni’s Sacrifice, which can be found on their Farce 7” released in 1982. A fitting way to blow out this rad slice." HENRY ROLLIINS.

Brain stem cracking scum-punk
recorded tersely in the basement of my home.
After a notoriously frustrating eon the knee-jerk song path was aggressive and hooky.
This is an homage to the punk bands we grew up on.
The weirdos and art freaks that piqued our interests and pointed us on the trail head to here/now.
Bad times make for strong music is something I agree with.
I would say that is evident by the past few years of output from the underground.
Transmissions have been all over the map.
scanning…
searching…
sweeping out in the darkness looking for a foot hold.
A Foul From represents some of our most savage & primal instincts.
Fight or flight.
And the importance of a sense of humor in the darkest hour.
Nothing wrong with keeping it snappy in the meantime.
For fans of Rudimentary Peni, Crass, Bad Brains, Black Flag, Screamers, Abwarts, Stooges and all things aggressively tilted towards your face.
You can lean back but don’t flinch…it’s a brief foray into the exhausting pogo pit so stiffen your back and jerk with your knees.