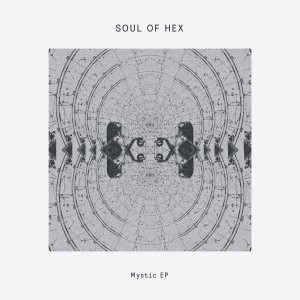 Brothers Gerardo and Emanuel Cedillo aka Soul Of Hex are making serious waves right now. Born and raised in Mexico’s infamous border city Tijuana the duo have been immersed in the underground house and techno scene DJing, promoting events, performing live sets on their trusty Elektron hard- ware and releasing underground floor fillers for labels such as Quintessen- tials, Secret Crunch, CVMR and Dirt Crew as well as running their own Vicario imprint. Most recently, they have not only established a new venue Marko Disco in TJ, but also a new moniker Mano De Fuego and release dropping in April on Underground Resistance no less!

Here on the "Mystic EP" we find a little bit of that UR electro inspiration rubbing up against classic late 80’s US vocal house, crunchy disco grooves and driving feel-good Italo. "Love Is In Control" features the vocals of Steve Lucas of Fusion Groove Orchestra / If Only I Could fame and elsewhere we have vocal features from More Lotion and Temporal Wangan.

Matt says: Worth checking for the "Heliocentrico" track alone, which I imagine could do plenty of damage deployed at the right time. Elsewhere the nods to piano house and the housey jams of Underground Resistance tick all the right boxes.

A1. Mystic (feat. More Lotion)
A2. Love Is In Control (feat. Steve Lucas)
B1. Heliocentrico
B2. Sphynx (feat. Temporal Wangan)