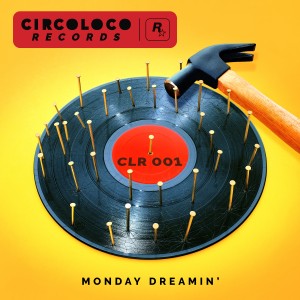 With support from DJ’s worldwide and accolades including back-to-back Essential New Tune awards from BBC Radio 1’s Pete Tong for Seth Troxler’s “Lumartes,” and DJ Tennis’ “Atlanta,” Monday Dreamin’ has already carved out a unique place in the world of dance music having been featured in the digital world of Los Santos in Rockstar Games’ blockbuster Grand Theft Auto Online: Los Santos Tuners which also featured Monday Dreamin’ artist Moodymann as a new character in the world.

Monday Dreamin’ is the first project from the pioneering partnership between global club culture icons CircoLoco and the creators of some of the world’s most popular and critically acclaimed video games, Rockstar Games, a partnership aimed at elevating and supporting dance music through the collective power of the two entertainment brands.

Matt says: Jam-packed and deliciously varied, all inclusive boxset from one of clubland's most notorious mainstays. A wildly regarded & infamous brand, known for having it large right across the board; and right across the world. This boxset should fill the gap if you're not off to the party isles this Summer...