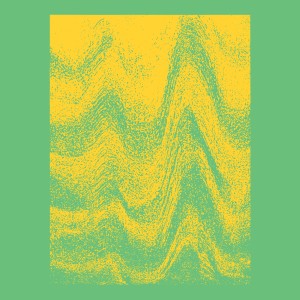 Bonus selects 10 survivors from the fertile period (1982-1989), most of which were only issued on cassette in tiny editions of 5 to 100 copies. M Squared affiliates Prod join the extraterrestrial Software Seduction, He Dark Age's minimal wave neglect and the irreverent cut ups of The Horse He's Sick and MK Ultra & the Assassins of Light. The remaining tracks have been sourced from musicians' private archives and are being officially released on Oz Waves for the first time - Andy Rantzen's industrial dub Itch-E & Scratch-E precursor, the buoyant vocal-drone of Ironing Music and Moral Fibro, Sydney's short lived answer to Weekend and Marine Girls. With detailed track by track notes, lines are drawn to Severed Heads, Scattered Order and other antipodean post-punk royalty.

As a DJ, Steele Bonus has gained notoriety via the exquisite selections that form his ongoing mix series Odd Waves. Sydney-born, Amsterdam-based, his graphic design has not only been responsible for sleeves on Efficient Space, but also trusted Amsterdam connoisseurs Music From Memory and Young Marco's Safe Trip.

Matt says: Worth the entrance fee for some of the inspired band names alone - this is a really strong collection of Australian minimal wave and DIY electro-punk.

A1. Irena Xero - Lady On The Train
A2. Andy Rantzen - Will I Dream?
A3. Prod - Knife On Top
A4. Software Seduction - New Collision
A5. Ironing Music - Don't Wish It Away
B1. He Dark Age - Holding Out For Eden
B2. The Horse He's Sick - Larynx
B3. MK Ultra & The Assassins Of Light - Jesus Krist Klap Rap (Orthodox Mix)
B4. Moral Fibro - Take A Walk In The Sun
B5. Zerox Dreamflesh - Squids Can Fly