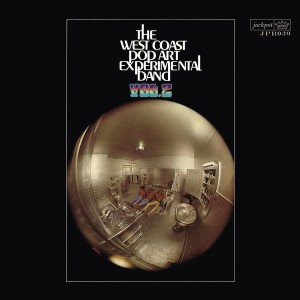 Sourced From The Master Tapes. Original Mono Mixes. Initially Released 1967. Includes printed inner sleeve with rare master reel photos. “Every Song in this album has been written, arranged, sung and played by the group. No one censored us. We got to say everything we wanted to say, in the way we wanted to say it.” Bob Marley (1967). Released in 1967 on Reprise Records as a follow up to Part One, Vol. 2 takes the band into more ambitious territory. Reaching out to more psychedelic territory than the debut LP, Vol. 2 maintains their unique pop sound mixed with ominous fuzz guitar, jumping from graceful folk-rock to wailing guitar freakouts, to multilayered avant-garde compositions at a moment’s notice. First time reissued in mono, from the original master tapes.

1. Eighteen Is Over The Hill
2. In The Country
3. Ritual #1
4. Our Drummer Always Plays In The Nude
5. As The World Rises And Falls
6. Until The Poorest People Have Money To Spend
7. Watch Yourself
8. A Child’s Guide To Good And Evil
9. Ritual #2
10. A Child Of A Few Hours Is Burning To Death
11. As Kind As Summer
12. Anniversary OF World War III