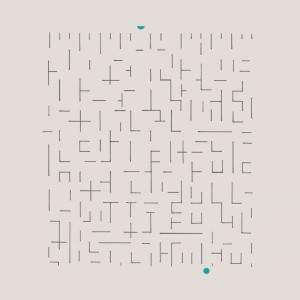 
Jasmine Myra is a Leeds-based saxophonist, composer and band leader Her original instrumental music has a euphoric and uplifting sound, influenced by artists as diverse as Kenny Wheeler, Bonobo and Olafur Arnalds and like Mammal Hands and Hania Rani her music has a special, emotive quality that draws the listener into her world. Matthew Halsall first heard Myra's music in 2019 shortly before the pandemic hit, signing her to Gondwana Records and producing her beautiful debut album, Horizons.

"I was immediately drawn to Jasmine's music. I could hear jazz, electronica in her music but with a deep, honest, emotional quality. I was really impressed with her skills as a composer and bandleader, that she is open and intelligent enough to bring all those influences together, to make something fresh and original. We were also delighted to work with a young artist from the North of England. London is often seen as the place to be, but cities like Manchester and Leeds are full of creative musicians too, and that sense of local community is at the heart of our values as a label."

Myra came-up through the bustling, creative Leeds music scene and her music draws on the sense of community that permeates life in the city and which is notable for a strong DIY ethos in its musical community. She attended Leeds Conservatoire and played with the Leeds based Abstract Orchestra, a jazz big-band, led by tutor Rob Mitchell that explores the synergy between jazz and hip-hop found in the recordings of Madlib, MF Doom of J Dilla. Indeed, Myra cites MF Doom and Soweto Kinch as early influences on her own music. It was in her last year at the conservatoire that Myra started to consider leading her own group and started to really think about what her own music might sound like and her first band featured guitarist Ben Haskins and drummer George Hall who both feature on Horizons and her band draws heavily on the Leeds community featuring rising stars such as pianist Jasper Green and harpist Alice Roberts.

Myra also mentions local legend, Dave Walker, who owns an instrument repair shop called 'All Brass and Woodwind' which is right next to the music college. She worked there while studying and he introduced her to a lot of local musicians. Walker also has his own line of saxophones (played by Shabaka Hutchins, Pete Wareham and Nubya Garcia), and gifted Myra the saxophone she plays on Horizons. It was Walker who encouraged Myra to apply for Jazz North Introduces, a scheme that supports emerging jazz artists in the North of England and Myra credits her winning a place, in 2018,with helping her grow in confidence.

" It gave me the opportunity to start gigging outside of Leeds, which I was very keen to do. I was quite surprised by people's reaction to the project and the support I was being shown, which helped me gain a lot of confidence. It became clear to me very quickly that being a solo artist was what I wanted to do and it was also apparent to me that mine was one of the only female-led instrumental bands on the Leeds scene, which encouraged me even more, as I wanted my project to inspire younger female musicians".

Horizons was produced by Matthew Halsall and mixed by Portico Quartet collaborator Greg Freeman, and much of the music was written during lockdown. It was a hard time for a lot of people, and initially Myra struggled mentally, deprived of shows and the connections of making music with her band and friends, but she also realised what she wanted as an artist and the result is heard on Horizons.

"I realised that my aim was to start writing music that made people feel happy and uplifted. Writing is one of my biggest passions, but I also love performing. Playing live and seeing the audience connect with my music and have a positive experience brings me so much joy".

This sense of elevation is at the heart of Horizons, together with the feeling of a journey, of reaching new ground. Prologue and Horizons were originally composed as one piece as they encapsulate Myra's own personal development as she worked on the album - taking the listener on a journey, especially Prologue; and then Horizons is that moment of release when you've reached the end goal. 1000 Miles takes inspiration from the music of Shabaka and the Ancestors. Whereas Words Left Unspoken was written after Myra's grandmother unexpectedly passed away in June, and due to Covid restrictions she was unable to visit her before she passed and say how much she loved her. Morningtide is a nod to Kenny Wheeler, particularly the track Opening from Sweet Time Suite on Music for Large and Small Ensembles but Myra also puts her own spin on it as she also does with Promise, another track influenced by Wheeler. Awakening has a calm and euphoric quality and represents that sense of problems lifting, or of reaching the other side, and New Beginnings finishes the album with a positive vibe and a sense of moving forward from darkness

This then is Horizons. A soulful, emotional and up-lifting debut from a major new voice. A snapshot of a young artist at the beginning of her journey - drawing on jazz and electronica influences to create something fresh and new. But also a celebration of her home town Leeds, and a record built on a sense of support and community before looking out to wider Horizons.

ElbowThe Take Off And Landing Of Everything