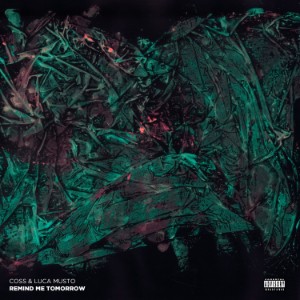 The Magic Movement celebrate their 25th release with a wonderful selection of late night, tropical house from the Berlin based Coss & Luca Musto. Atmospheric jams that instantly transport you to star lit skies and red glowing neons, it comes with an equally hedonistic remix from label boss Noema.

Coss has been a mainstay at Berlin's Kater Blau club for some time now and has just released an EP on the club's in-house imprint Kiosk ID as well as an EP for his own Metanoia label. Italian rooted but Germany-based Luca Musto returns to the Magic Movement here following his 2018 "Parabel" EP and has since gone on to release further material with Cologne's Feines Tier and Laut & Luise in recent years.

The third original "Concept Zero" follows next and lays down psychedelic guitars, choppy stabs, murky bass swells and dynamic delays before Noema rounds out the release with his take on "Remind Me Tomorrow", flipping the switch to raw, crunchy drums and spoken word vocal chants amongst the original's chuggy arps and dreamy melodic elements.

All tracks have this lush patina and crisp production that's gonna sound splendidly 3D on the high end festival rigs and nightclub systems. You'll be hearing a lot of this one over Summer months me thinks...

Nelson Of The EastSub-Erotic EP