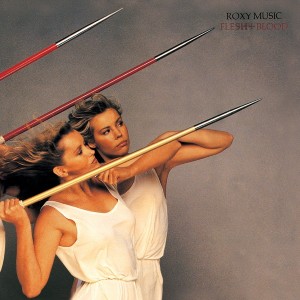 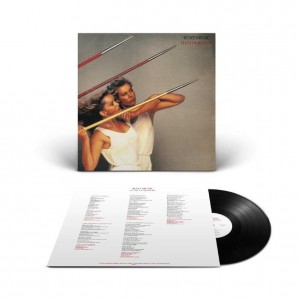 In May 1980 Flesh + Blood gave Roxy Music their second No’1 UK Album and peaked at No’35 in the US Billboard chart. The album was preceded by the single “Over You”, a No. 5 UK hit that also provided the band with a rare US chart entry at No’ 80. Two more hit singles followed: “Oh Yeah” (UK No’5) and “Same Old Scene” (UK No’12). Flesh + Blood also included two cover versions: The Byrds’ “Eight Miles High” and Wilson Pickett’s “In the Midnight Hour”. The albums artwork was envisaged and designed by iconic British artist Peter Saville. Each Roxy Music album has been Re-Issued with a fresh Half-Speed cut by Miles Showell at Abbey Road Studios. London. To reflect the audio, all eight of the Roxy Music studio albums have had their artwork revised and with a gloss laminated finish so that each album is not just a record it’s a piece of art.