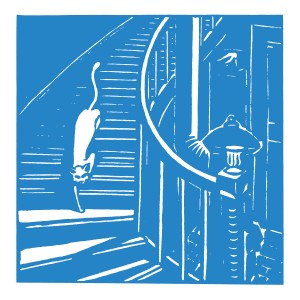 Songs ’94-’98 is a smart selection of material from The Cat’s Miaow, an Australian indie-pop group that gifted their decade with some of its finest songs. Released on World Of Echo, the album draws from the group’s string of excellent seven-inch singles, a small clutch of compilation contributions, and features one previously unreleased song, “I Take It That We’re Through”, recorded in 1998. Part of the burgeoning international pop underground of the nineties, The Cat’s Miaow’s legend has only built over subsequent decades, as more people discover this most quixotic and curious of groups: a recent appearance on A Colourful Storm’s compilation of Australian indie-pop, I Won’t Have To Think About You, is testament to their enduring influence. In part emulating the selection of tracks on the 1997 CD-only compilation, Songs For Girls To Sing, Songs ’94-’98 is also the group’s first ever full-length 12” vinyl collection.

The Cat’s Miaow started out in 1992 as a home-recording duo, Bart Cummings (guitar, bass, vocals) and Andrew Withycombe (bass, guitar) taking time out from duties with Girl Of The World and The Ampersands (respectively), knocking out songs on Withycombe’s four-track. Soon joined by Kerrie Bolton (vocals) and Cam Smith (drums), the quartet spent the next five years quietly, slowly working away in the suburbs of Melbourne, recording gem after gem of independent pop. Like many of their Australian precursors or peers – The Particles, Even As We Speak, The Cannanes – The Cat’s Miaow were more successful overseas, a sadly typical phenomenon within the Australian musical landscape.

The Cat’s Miaow were always worldly and stylish, anyway, each seven-inch single a refined artifact, each song a peaceable jewel. You could hear some relationships with other music – someone (if not everyone) in The Cat’s Miaow was a Galaxie 500 fan; there’s a minimalism to the playing and melodies that recalls Young Marble Giants, Marine Girls, Beat Happening – but the spirit in these songs is endearingly individualised, the result of a hermetic vision, an ideal of what a simple, unadorned pop song could be. They had a winning way with simplicity, songs like “Autumn”, “Crying” and “I Can’t Sleep Thinking You Hate Me” passing by in the blink of a moistened eye, and when they stretched out, as on “Firefly”, you can hear hints of the drifting ambience they’d perfect in their other band, Hydroplane.

It’s not much of a surprise that The Cat’s Miaow found a receptive audience, and no small amount of support, from the networked communities of indie-pop labels and fanatics that developed in the nineties – they released records on imprints like Drive-In, Darla, Bus Stop and Quiddity, shared a flexi-disc with Stereolab, and appeared on countless compilations over the years. But they also understood the importance of the local: their first few cassettes reached the world’s mail routes via Wayne Davidson’s legendary Melbourne tape label, Toytown; they turned up on a split single with Davidson’s group, Stinky Fire Engine; they appeared on a tribute cassette for one of Australia’s finest, The Sugargliders, and indeed that’s Josh Meadows of said group playing wah guitar on “Stay”. The Cat’s Miaow also rarely played live – one launch gig, for the Munch video compilation, and a few parties – which is a great way to maintain mystique.

Cosmopolitan yet homely, dedicated to their craft, The Cat’s Miaow always felt a little like a group moving in slow motion, using that pace and focus fully to embrace the art of the perfectly stated pop song – every element in place, no flash and no fuss, no excess, just the core of the thing. Few managed to tease such fierce poetry from such understated, elegant means. From Australia or anywhere.