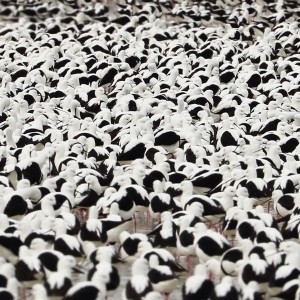 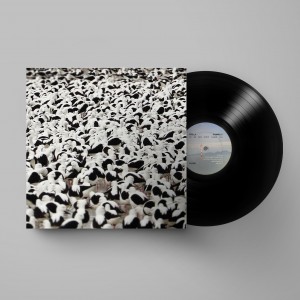 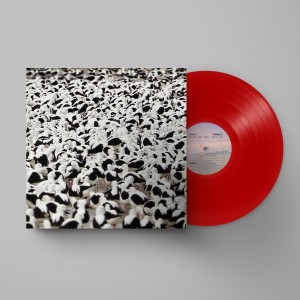 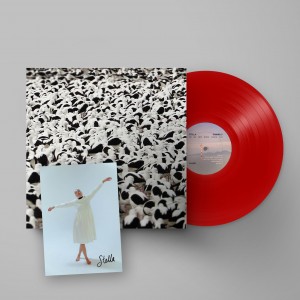 Like the many Banded Stilts that spread across the cover of her newest album Flood, Stella Donnelly is wading into uncharted territory. Here, she finds herself discovering who she is as an artist among the flock, and how abundant one individual can be. Flood is Donnelly’s record of this rediscovery: the product of months of risky experimentation, hard moments of introspection, and a lot of moving around.

Donnelly’s early reflections on the relationship between the individual and the many can be traced back to her time in the rainforests of Bellingen, where she took to birdwatching as both a hobby and an escape in a border-restricted world. By paying closer attention to the natural world around her, Donnelly recalls “I was able to lose that feeling of anyone’s reaction to me. I forgot who I was as a musician, which was a humbling experience of just being; being my small self.”

Reconnecting with this ‘small self’ allowed Donnelly to tap into creative wells she didn’t know existed. Soon songs were coming to her in a way she could not control and over the coming months, Donnelly accumulated 43 tracks as she moved out of Bellingen and around the country, often finding herself displaced due to border restrictions and a tough rental market.

Though the writing of Flood was an intensely personal undertaking, Donnelly still saw the recording process as one of her most collaborative projects yet. Along with her band members, co-producing the record beside Anna Laverty and Methyl Ethyl’s Jake Webb helped to foster an important spontaneity in the studio. With Webb, Donnelly could “dig in” and discover a “forward-leaning sound” she’d been searching for, while Laverty’s ability to “capture the piano” and discern the “perfect take” allowed the songwriter to take risks, many of which have clearly paid off.

Looking back at the Banded Stilt, Donnelly ultimately appreciates how when “seen in a crowd they create an optical illusion, but on its own it’s this singular piece of art.” While each song in Flood is a singular artwork unto itself, the collective shares all of Stella Donnelly in abundance: her inner child, her nurturing self, her nightmare self; all of herself has gone into the making of this record, and although it would take an ocean to fathom everything she feels, it’s well worth diving in.

The BethsExpert In A Dying Field