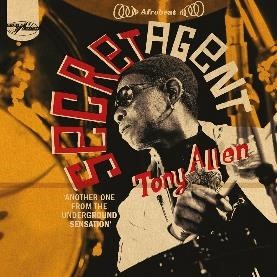 World Circuit Records has made its reputation by producing some of the finest albums of the past three decades. The label is best known for the Grammy-winning Buena Vista Social Club album (and associated solo artists Ibrahim Ferrer, Omara Portuondo and Rubén González), which is the biggest selling world music album of all time and has contributed to the phenomenal rise in popularity of Cuban, as well as Latin American, music.

Tony AllenThere Is No End