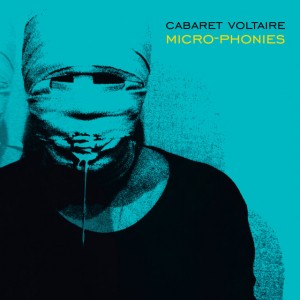 Cabaret Voltaire’s ‘Micro-Phonies’, as originally remastered in 2013, now reissued on Turquoise vinyl. ‘Micro-Phonies’ is Cabaret Voltaire’s most sleek dance record, featuring charting singles ‘James Brown’ and ‘Sensoria’. Released in 1984, the record gained its reputation as the Cabs’ most mainstream album. Their partnership with Peter Care on video for ‘Sensoria’ received major airplay from MTV, and was famously one of the first music videos to be in the New York Museum of Art.