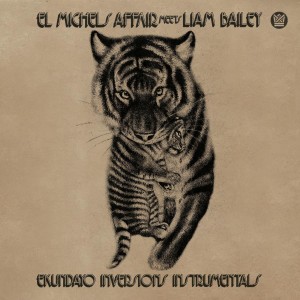 By popular demand, we are proud to present Ekundayo Inversions (Instrumentals).

Liam Bailey released his debut album Ekundayo on the label at the end of 2020, then in the Summer of 2021 El Michels Affair took the tapes from that and did a dub version of the album in his own style aptly titled Ekundayo Inversions. Both of these releases quickly became cult classics in their own right. The chemistry between Liam and producer Leon Michels is undeniable, each pushing the other to new places in their sounds. Here we take the vocals out of the mix and focus on the production and the players pulling instrumentals versions from both the Ekundayo album and the Ekundayo Inversions album.

This is a limited one time pressing of 1000 pieces.