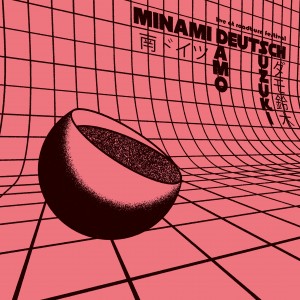 At the 2018 edition of Roadburn Festival – a congregation of all things obscure, heavy and experimental in Tilburg, the Netherlands – two generations of Japanese Krautrock genius took to the stage for a live collaboration that was just as hypnotic as it was inevitable. The artists in question were Tokyo’s Minami Deutsch and the legendary ex-Can frontman Damo Suzuki. With Minami Deutsch’s heady metronomic jams providing the backdrop on which Suzuki was left free to deliver his distinct improvised vocals, the Live AtRoadburn LP is challenging, raw and, at times, totally alien. Divided into three parts, from start to finish the LP is consumed by an unrelenting motorik rhythm section that never lets loose for a second. At the flick of a switch, intricate guitars veer from hypnotic and meditative to skewed psychedelic freak-outs drenched in fuzz. Where Minami Deutsch’s playing is sharp and meticulous, Suzuki's stream-of-consciousness ramblings steer the music into whatever direction he sees fit. The result is equal parts disorientating, sporadic and totally all-consuming – the only thing keeping you grounded being that distorted and seemingly-endless 4/4 drive. Repetition. Minimalism. Improvisation. Transcendence. That was the ideology of seminal Krautrock pioneers Can, whose 1970-1973 work with Damo Suzuki at the helm unleashed something in music that would change it forever. Some 45 years since Can’s final record with Suzuki - the inimitable Future Days - and the spirit of that era still lives on. Not least because ever since then Suzuki has embarked on an endless one-man tour, travelling around the world and taking to the stage backed by countless different bands. Crossing paths at Roadburn, Suzuki's ensuing performance with Tokyo via Berlin-based group Minami Deutsch is now available to relive on wax.