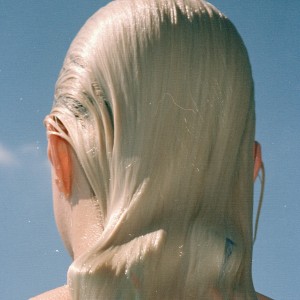 ‘Personal Best’, the third album from Chichester’s TRAAMS and their first in seven years, represents a band rebuilt from the ground up. After half a decade apart, all it took was a global pandemic to reaffirm their intense urge to create music together, and the limitations the situation brought with it ended up revolutionising their sound.

Though the band never officially broke up after the release of nine-minute behemoth ‘A House On Fire’ and the subsequent tour at the end of 2017, a break made sense to all three members. “I couldn’t really write, and I didn’t have the motivation to do anything musical. I’m pretty sure I didn’t pick up a guitar for 2 years,” vocalist and guitarist Stuart Hopkins reflects. “I was waiting for that feeling to come back.” In the intervening years, the band went their separate ways. Padley making a record with his new project Social Haul, and Adam learning new instruments and buying up synthesisers. Eventually in 2019, Stu began tinkering away on two leftover TRAAMS songs, the ten-minute krautrock epic ‘The Greyhound’ and the fidgety ‘Intercontinental Radio Waves’, which were then released in 2020. “They had been left as instrumental demos with no vocal takes, and to be honest they were beginning to drive me a little mad,” Stu recalls. “I needed them finished and out of my head.”

At the tail end of 2019 the urge to reconnect struck the band, and they headed to Brighton for some initial sessions in a similar way to previous records – guitar, bass, drums, vocals. This continued until the first lockdown happened. After having this initial momentum scuppered, work on ‘personal best’ began again in earnest in summer of 2020, when lockdown restrictions eased. The trio were allowed to meet up in a studio and rehearsal space cobbled together in Stu’s workplace in Chichester. Due to flats in close proximity and only being able to play and record at night, the band were forced to write music at a hushed volume. “We had to re-learn how to play together,” the frontman says. “It was really quiet and considered, whereas before it’s always been obnoxiously loud. All the things we’d usually relied upon – bass and drums locking in, guitar feedback, shouted words – were no longer applicable in this new way of writing. After our initial reservations, it was incredibly inspiring and freeing.”

As a result, ‘Dry’ and ‘Comedown’ – the two songs that bookend the new album, written in those early Brighton sessions – are the only two to feature live drums, a previous staple of TRAAMS’ sound. “There was an element of me not wanting to play drums as much anyway, but lockdown made it happen as we just couldn’t get to a drum kit,” Adam Stock remembers. For a while, the idea was to write within the restraints they were set initially, before imagining full band sessions to flesh out the sound in a more traditional way later down the line.

In the end, this new way of working proved revolutionary for the band. With Adam on guitar and drum machines, and Stu experimenting with softer vocal tones, a new sound emerged for the trio, one that defines their third album. “I like the fact that it touches on old ideas and new ideas, created in this weird middle period of our lives when we were locked down and didn’t know when we’d get on stage again,” bassist Leigh Padley says. “We focused more on the writing than we had done before.” Stu adds: “Lockdown heightened how much we realised we needed to do this, after so many years inactive. We realised that TRAAMS was something we all really needed.”

By stepping away from their usual instruments and working in an untraditional way, TRAAMS have made their most interconnected album yet. Opener ‘Sirens’, a gorgeous and glacial electronic intro, serves as the first pointer of their transformation, while ‘Breathe’ has the scale and scope of some of their biggest songs but in a more controlled manner, building steadily across its nine minutes. ‘Hallie’ and ‘Dry’ provide the most familiar sounds to the TRAAMS of the past, but the idea of progression and forward motion is everywhere on the album. In delegating some of his lyric writing duties to Padley, Stu also reconnected with a previously waning enthusiasm for storytelling. “He gave me loads of stuff and all this inspiration just ran from it,” he says. “I knew what the songs were about but I didn’t have the correct words for them. I don’t know if I was just reading into what Padley was writing and taking what I wanted to get from it, like reading your horoscope, but they all made sense with what I had in my mind.”

Another defining feature for the album is its musical guests. Liza Violet of Menace Beach appears on ‘Breathe’, her vocals intertwining with Stu’s, and surging closer ‘Comedown’, while lead single ‘Sleeper’ – a gorgeously restrained, catchy track which swaps brute for beauty – features a verse from Soffie Viemose of Danish band Lowly, former tourmates of TRAAMS.

Joe Casey, the idiosyncratic frontman of past and future TRAAMS tourmates Protomartyr also makes an appearance on the album’s blistering centerpiece, ‘The Light At Night’. “I had this part where I was trying to sound like a preacher, or someone with unequivocal authority, delivering this ranting speech,” Stu says of his idea for the song, “and as much as I tried to get a good version of me doing it, it just wasn’t working. It just sounded like I was trying to be Joe.” What better conclusion, then, than to get the man himself involved? A speculative Instagram message followed, ending up in Casey writing a brilliantly vivid, chaotic verse to send the track towards oblivion. “Kill the body then the head dies,” he spits over and over at the end of the song in a crazed manner only Casey is capable of, adding some blood and guts to the album’s poise and guile.

The title of ‘personal best’ also serves as emblematic of the overarching development of TRAAMS through the creation of their third album. “A lot of this album is about recognising yourself,” Stu says. “This record is about the little changes we make, and the milestones we achieve in that process,” he adds, reflecting on a seven year period where his band drifted apart before reconnecting and finding an entirely new way of working, a change that has resulted in their most beautiful and fully-formed album yet. “It’s not about big declarations of love or huge outpourings of grief,” he says. “It’s about the little personal realisations and victories that people have throughout their lives. Some of them are massive, some of them can be hard, and some are small and beautiful, but they all matter.”