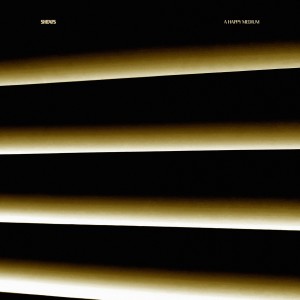 Fresh from supporting punk icons The Buzzcocks on their recent UK dates, Sheffield quintet SHEAFS announce their debut album, A Happy Medium. After releasing their debut EP Vox Pop in 2020, the band scored a 'Next Wave' on BBC Radio 1's Indie Show with Jack Saunders. This has been followed by consistent support across major national radio stations including BBC Radio 1, BBC 6 Music, Amazing Radio, Radio X and Virgin Radio, and the band have also earned press plaudits from essential titles like DIY, Dork, Gigwise and more over the years. SHEAFS have secured previous support slots with artists such as The Slow Readers Club (2021), Red Rum Club (2021), Squid, Idles, Greta Van Fleet, The Coral and The Amazons. They have previously played Reading Festival, Isle of Wight, Live at Leeds, Dot to Dot, Y Not Festival, Tramlines and The Great Escape.