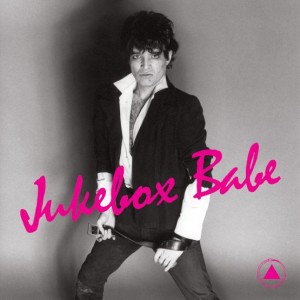 The visual artist, musician, and poet Alan Vega was born in Brooklyn in 1938. He co-founded the massively influential avant-garde band Suicide with Martin Rev in 1970, with whom he performed off and on throughout his life. Suicideís debut album was included among Rolling Stone's list of the 500 greatest albums of all time, and it was a formative work in the invention of synth-punk, post-punk, art rock, industrial music, and more. Vega would go on to have a prolific career as a solo artist.

His hit song "Jukebox Babe" led to a contract with Elektra Records, who released two albums including the cult classic Saturn Strip, produced by Ric Ocasek. He began working with Liz Lamere, whom he later married and became the most crucial collaborator of his solo career. Lamere, along with fellow Vega collaborator Jared Artaud (The Vacant Lots) teamed up with creative director Michael Handis and Brooklyn label Sacred Bones to start opening up the Vega Vault of unreleased material and also to start bringing iconic releases such as Jukebox Babe back into print.

Jukebox Babe b/w Speedway (First Mix) is the first re-issue of Vega's greatest hit since it's initial pressing in 1981. Lamere recalls "Jukebox Babe" was one of Alan's most beloved songs. He had been thinking about experimenting with developing a blues-infused rockabilly sound outside of Suicide. The song went on to become a hit in France and sparked the flame that eventually resulted in launching Vega's solo career.

This new 7" is backed with the very first version Vega recorded of his fan favorite track "Speedway" off his Self Titled album. This version has never been released and is another crucial discovery from the vault. Artaud remarks Liz & I discovered this version of "Speedway" while doing some digging in the Vega Vault. We thought it would be a killer combo to have it juxtaposed with "Jukebox". Gasoline and cocaine.